KIRKLAND, Washington (February 4, 2021) – Homebuyers who have been precluded from entering Puget Sound’s competitive market may want to consider condominiums as an option, according to industry experts who commented on the latest housing statistics from Northwest Multiple Listing Service.

“With the trend toward telecommuting and moving to outlying suburban areas, the Seattle/King County condominium market presents a new option,” suggested Gary O’Leyar, owner and designated broker at Berkshire Hathaway HomeServices Signature Properties. Noting the county’s bigger supply of condos – 1.67 months of inventory versus 0.69 months for single-family homes – and a slight break from double-digit appreciation, O’Leyar said buyers may want to take a closer look at this “window of opportunity.”

Northwest MLS director John Deely agreed, calling condos “one bright spot for buyers. They are more reasonably priced and there are more months of inventory than with single-family homes.” With interest rates so low, “buyers should definitely consider condos as an ownership opportunity and a way to build equity – especially if they’re currently renting,” said Deely, the executive vice president of operations at Coldwell Banker Bain.

Matthew Gardner, the chief economist at Windermere Real Estate, noted King County condo prices “entered negative territory in January,” down about one-half percentage point compared with the same month a year ago. He attributes increased inventory as “likely due to COVID-19, possibly pointing to a growing number of homeowners who are choosing to move further away from core urban areas in favor of more space. I’m not ready to say this is a persistent trend quite yet, but it’s something to keep an eye on.”

Commenting on the MLS statistics overall, Gardner said the market “ignored the traditional winter slowdown and kept its foot firmly on the accelerator in January.” While inventory levels were generally down in December, he noted there was actually an uptick in new listings in King, Pierce, and Snohomish counties last month. “Most of those homes sold so quickly they aren’t reflected in the overall total active inventory numbers,” Gardner remarked, adding, “Clearly, demand is still very strong which is further confirmed by the fact that year-over-year (YOY) price growth remains well above long-term averages.”

“The economics of scarcity is driving prices up at an unsustainable pace,” said Dick Beeson, managing broker at RE/MAX Northwest. “What will happen this spring and summer will likely be more of the same. The real estate vortex we’re in of depleted inventory and high prices is real and unrelenting.”

“If interest rates weren’t historically low, buyers would be unable to afford the escalating cost of housing,” suggested Beeson. “We’re feeling nervous about where this market is headed,” he said, adding, “Help is not on the way. Sellers are almost as rare as the dodo bird.” Although he noted the number of new listings coming onto the market has kept pace or even exceeded last year’s totals in some areas, “new listings are immediately devoured by a plethora of waiting buyers.” The situation has buyers asking, “Am I paying too much?” and sellers asking, “Can we ask more?” That answer for both is “Yes,” says Beeson.

J. Lennox Scott, chairman and CEO of John L. Scott Real Estate, expects more listings “after Super Bowl Sunday, which serves as the kickoff to the early spring housing market.” He described the current market as “incredibly hot, even all the way up to some luxury price ranges.” Historically low-interest rates remain a strong motivator for buyers, Scott stated. “It still feels like multiple-offer everything this winter.”

Some brokers are reporting up to 40 private showings for a single listing, according to Scott. “To compete in today’s ultra-competitive market, we’re seeing some buyers front-loading their offer above the list price,” he reported, explaining, “This is done in an attempt to ‘stop the action’ and push the sellers to accept their offer before the set review date.”

“The ongoing combination of very low mortgage rates and escalating prices has both buyers and sellers taking advantage of the market. Buyers are finding well-priced homes in good condition, and sellers are seeing many multiple offer situations,” reported Dean Rebhuhn, broker-owner at Village Homes and Properties. Lower prices near I-5 locations in Lewis, Cowlitz, and Thurston counties continue to attract buyers, observed Rebhuhn, who credited job opportunities and desirable lifestyles as market drivers.

James Young, director of the Washington Center for Real Estate Research at the University of Washington, said the search for value in outer areas has continued unabated, despite further lockdowns in January. “It is difficult to think of the last time when nearly every Western Washington county with the exception of Clallam, King, and Jefferson had double-digit percentage price growth,” he remarked.

This year’s “extraordinarily low inventory” (down 43% overall) suggests continued price growth into the spring as demand remains high and interest rates remain low, according to Young.

Kitsap County, where inventory is down 42% from a year ago, is experiencing pent-up demand from buyers that want to move there or convert from being a renter, according to Frank Wilson at John L. Scott Real Estate. As a result, prices continue to creep up, rising more than 10% from a year ago. “While this is great for sellers, it really hurts housing affordability,” he stated.

As an example of the competitive market, Wilson said a modestly priced 1,100 square foot, two-bedroom, two-bath house came on the market in West Bremerton on a Thursday evening, with offers to be reviewed the following Monday. “It had 34 showings and received nine offers,” Wilson reported, adding, “What was especially attractive to the sellers was the ability of the buyer to make up the difference between the appraised value and the sale price,” which he said exceeded the list price.

Commenting on the market overall, Mike Grady, CEO and president of Coldwell Banker Bain, said, “With everything that happened last month nationally with the Georgia runoff elections and the Capitol riots, and locally with ongoing COVID restrictions and one of the wettest Januarys on record, you would have thought the real estate market might take a slight break. However, as has been the story for so long, we really didn’t see much change. The data show inventory is being absorbed at a higher rate than last year.”

“We believe we may be heading into the typically busy spring real estate market any day now,” Grady remarked. Deely echoed that optimism. “With the major counties moving into Phase 2, resulting in open houses resuming with up to 10 visitors socially-distanced (including the broker), a new administration, and COVID-19 vaccinations underway, we’re hearing much optimism from our brokers.” 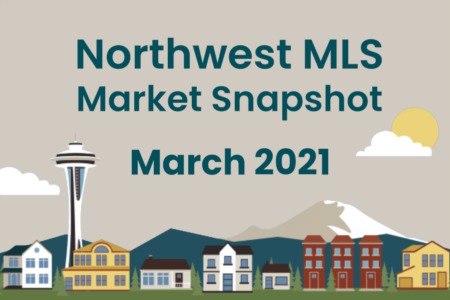 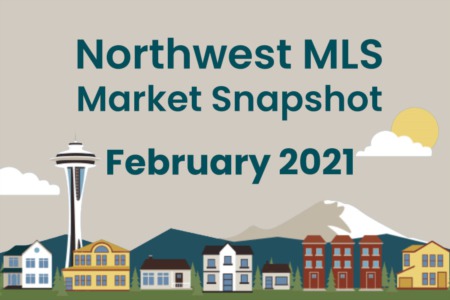 KIRKLAND, Washington (March 4, 2021) – Housing activity during February remained hot around much of Washington state despite a ...Read More 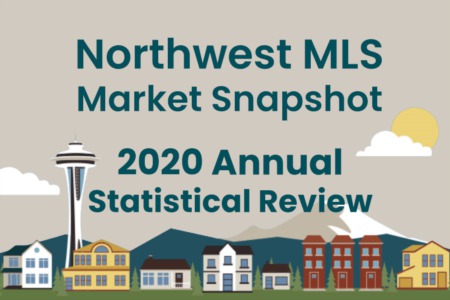